Previous No. 2 Jesuit (Tampa, Fla.), No. 3 Madison Central (Madison, Miss.), and No. 4 Stoneman Douglas (Parkland, Fla.) all lost last week with No. 5 IMG Academy getting the win over Jesuit. No. 6 Barbe also won while previous No. 10 Calvary Christian Academy lost and was dropped from the rankings.

Six new teams enter the rankings this week. They include Utah’s best Pleasant Grove, Columbus North, the top team in Indiana and Rocky Mountain, the top team in Idaho. Parkview Baptist has the best overall record in Louisiana, and Buchanan, the top team in Central California. Roff, a small school in Oklahoma, joins at No. 25. While Roff comes in No. 2 in the MaxPreps computer state rankings, it actually has a win over the No. 1 team, Deer Creek (Edmond).

Game of the Week: IMG Academy 4, Jesuit 2. In a game that could determine the top team in Florida, IMG Academy edged Jesuit thanks to three RBI by Drake Varnado. IMG Academy does not play in the postseason while Jesuit begins postseason play this week in defense of its state championship from 2019.

Player of the Week: Ike Irish, St. Mary Prep. Irish hit three home runs last week to help the Eaglets move up to the No. 2 spot in the rankings.

Recruit
Watch: Cooper Kinney, Baylor. One of the top infielder prospects in the nation, Kinney had a big week for the Red Raiders with four doubles and three home runs.

Game to Watch: Baylor vs. Farragut. The Red Raiders and Admirals battle for the top spot in Tennessee this weekend. The two teams play in different divisions in the state playoffs and won’t be able to determine state supremacy in the postseason. Baylor is coming off a disappointing loss to Parkview (Lilburn, Ga.), but stays in the rankings due to its matchup with No. 8 Farragut and what a possible win over the Admirals might mean with regards to the rankings. 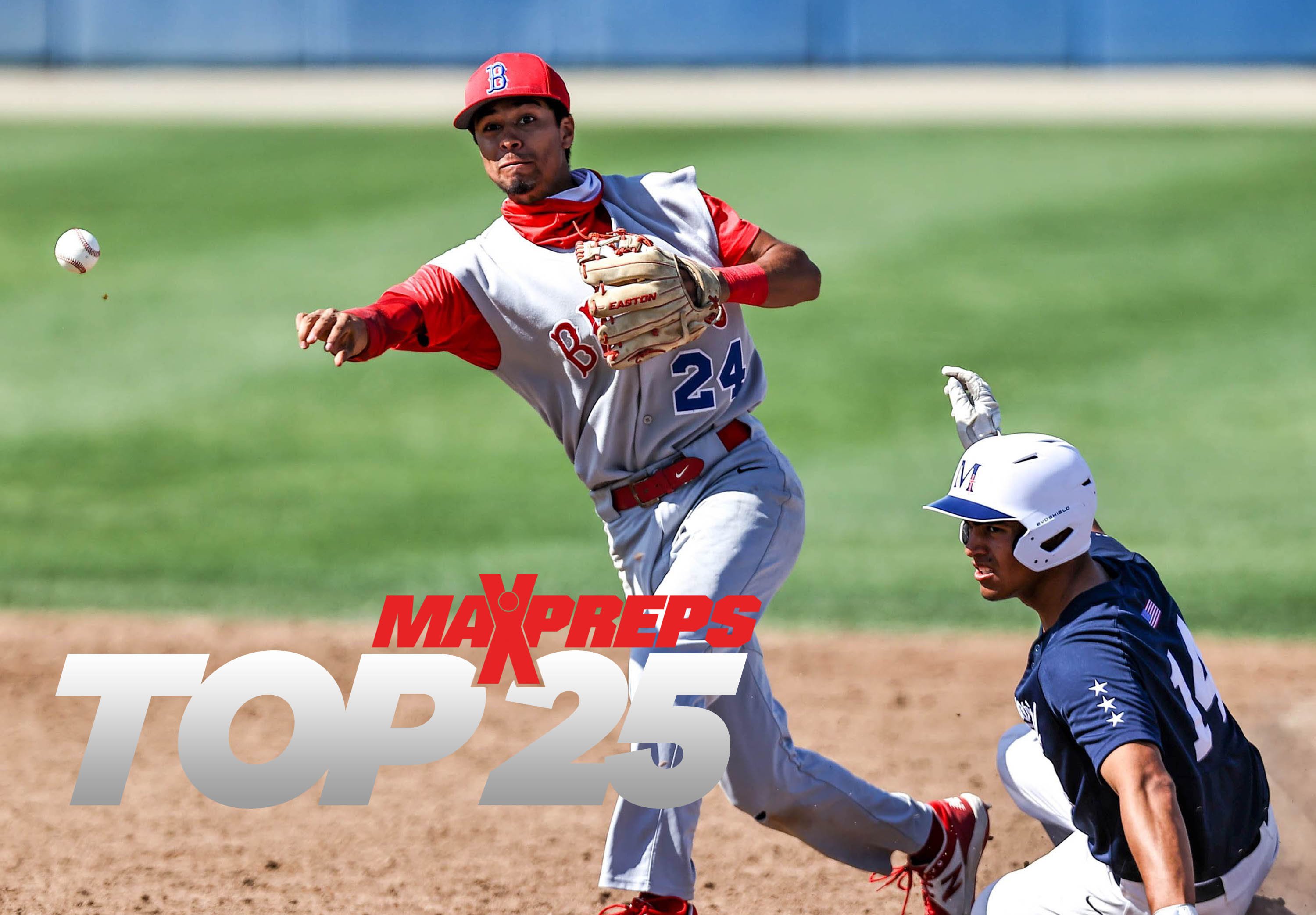 Next: Tues. vs. Mountain Pointe; Thur. vs. Corona del Sol.

Next: Tue. vs. Little Rock Southwest; Thur. vs. Sheridan.

25. Roff (Okla.)
Record: 27-0 | Last week: NR
Results: Def. Mill Creek, 12-0, 16-2; def. Noble, 13-1; def. Amber-Pocasset, 8-0.
Stats: Cade Baldridge and Trayson Miller both homered against Mill Creek in the 12-0 win while Tallen Bagwell and Dylan Reed both homered in the second game. Baldridge and MIller, along with Drew Sheppard, all homered against Noble. Miler, Reed and Will Joplin each hit home runs against Amber-Pocasset.
Next: Postseason TBD