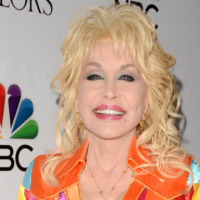 NBC revealed that Dolly Parton will return to television with “Dolly Parton’s Mountain Magic Christmas,” a new Christmas special this holiday season. A statement from NBC describes the new show as “the frenetic backstage story and delightful on-camera results of Dolly’s desire to uplift an exhausted world’s spirits by sharing the unique ’mountain magic’ she has always found in and around Dollywood at Christmas.”

The made-for-television musical is set at Dollywood in Pigeon Forge, Tennessee, and will according to NBC is will document Parton in the making of a special-within-a-special as she becomes engulfed in “a private journey into her past, guided by the mysterious appearances of her personal Three Wise Men.  Parton has an epiphany when it’s time to broadcast her fictional television special. She diverts from the plan and shows the world that the real magic of Christmas lies in the hearts of the children we all once were, the realization that Christmas is about the people we share it with, and how her faith remains the common thread between Christmases past, present, and future.”

In 2015, Parton signed a development deal with NBC to create movies based on her songs, stories and life. Her first two films were Coat of Many Colors in 2015, and Christmas of Many Colors the following year.