Rowdy Bear has two locations in the Smoky Mountains: Rowdy Bear Mountain in Gatlinburg is home to an alpine coaster and the Mountain Glider – a zipline/coaster combination. To compare all the alpine coasters in the region, check out Kyle’s awesome alpine coaster comparison guide. The newer location is Rowdy Bear Ridge in Pigeon Forge, home to multiple attractions including tubing, outdoor axe throwing, and a playground for kids. But the main draw for coaster enthusiasts fresh off a visit to Dollywood are the two “coaster” attractions.

First, the Laser Gun Coaster definitely counts as a coaster credit in my book: steel track, fixed vehicles with a lap bar restraint system, and after a series of cable lift hills it obviously coasts around the track. 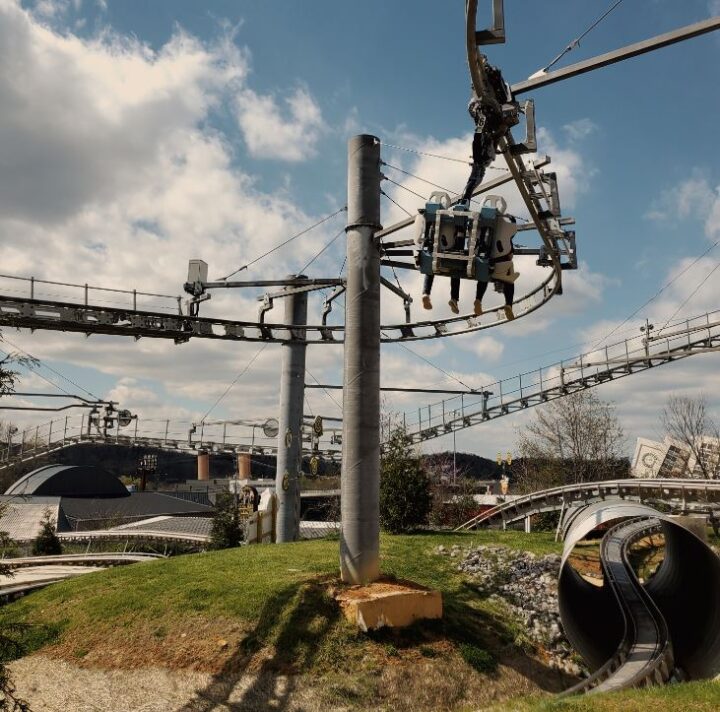 As you can see in the videos above and below, the slow speed and track height make this an ideal ride for the younger ride warriors in your family. The slower speeds also make it easier to shoot at the colorful yellow targets. 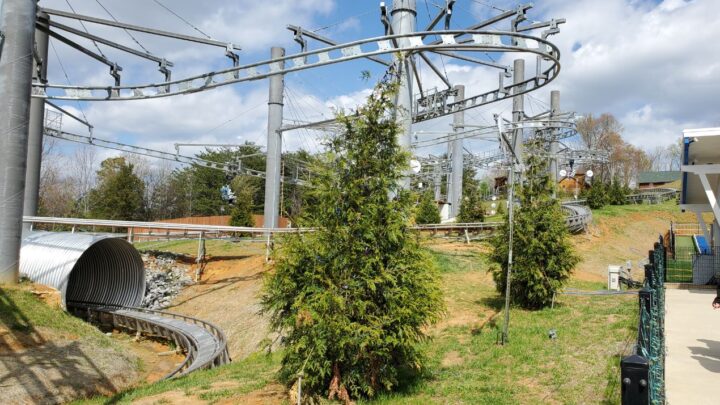 For the experienced coaster rider like myself, the unpredictable swinging motion of the vehicle (both side-to-side and forwards and backwards) is what really makes the ride fun. It’s also unique – I’ve never been on an interactive suspended coaster before.

Opened in March 2021 is the new Power Coaster, the first CoasterKart model by Wiegand to open in the US. The Power Coaster uses a very similar track to the Wiegand’s alpine coasters but a hand throttle allows the riders to control the speed of the two seat vehicles. Whereas alpine coasters use a cable lift to gain potential energy before releasing the cars to coast down a hill-side with the passengers using hand brakes, the power coaster uses electromagnets (Linear Induction Motors or LIMs) throughout the entire course to control the vehicles. It’s similar in basic concept to the Maurer Spike coaster but I assume will be much easier to maintain as it doesn’t have the complicated gearing. The Power Coaster appears not to coast at anypoint, therefore it cannot count as a roller coaster in my spreadsheet. 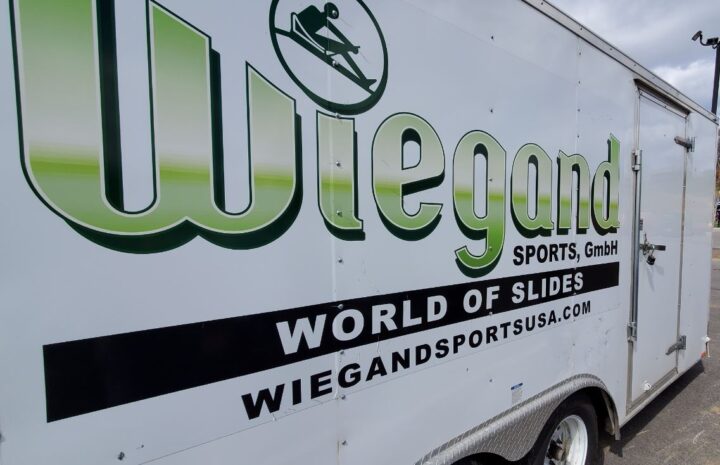 I didn’t test the responsiveness of the throttle too much, just mostly kept it full speed for the duration of the ride, which I believe tops out at 25 mph on the roughly 2,000 foot long course. The highlight is the return trip: a series of s-turns coming down the hill before a small drop that goes over the tunnel. One thing it can do that alpine coasters can’t: have non-lift uphill segments including bunny hills. Although the track looks to be the same, it felt smoother than an alpine coaster, maybe due to the big rubber tires.

Overall, the CoasterKart is a solid concept, now I’d like to see someone improve upon it. A longer track, more height or drops, theming, and even a racing element with dual tracks would all be ways you could improve upon the concept.

My biggest complaint for both of these attractions is cost. Our total was $60 for my son and I to ride two attractions, or $15 per person per ride. That’s crazy. Many of the other alpine coasters in the region might be $15 per person, but you can probably find a coupon or Groupon deal for those and most of the alpine coasters have ride times between seven and ten minutes in length. They have long, scenic trips up lift hills while both the Laser Gun and the Power Coaster are two minute long rides. Perhaps the cost of the LIMs prohibits the construction of a longer ride. 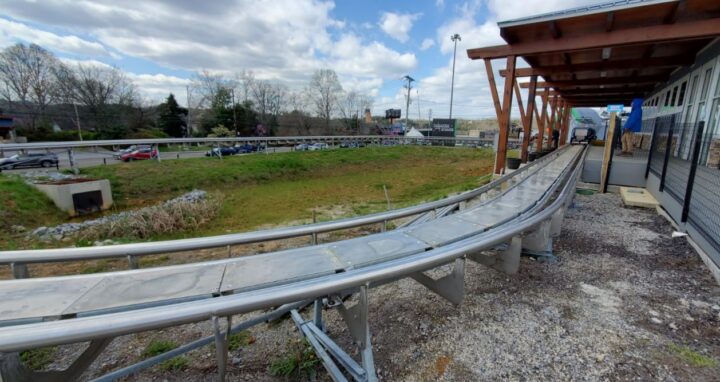 If you’re going to drop $60 in Pigeon Forge, you’re much better off putting that money towards Dollywood tickets or TimeSavers. Heck, you could get five loaves of Dollywood cinnamon bread which would be a much better value! You should get to go around the short track more than once for the cost of the ride. While both are fun rides, I just don’t think they are worth $15 a piece fun.

Have you ever been to either Rowdy Bear location? Do you think the Power Coaster should count as a coaster credit? Let us know in the comments below!